Lucius writes to Henry after a silence of a couple of years. He says he is ashamed, but recounts a long illness that probably accounts for much of that lost time. Lucius describes how he began to feel ill and had to “commence Doctoring & the more I Doctored the worse I grew.” This is not unusual in an era when Doctors were just beginning to think twice about long-standing traditions of bleeding their patients and prescribing poisons such as mercury and antimony. The treatment Lucius’s doctor prescribed seems to have involved driving from place to place in a buggy, which Lucius did for the better part of a year until he was recovered. During the year of his illness, Lucius says he didn’t work a day. This would have been the period during which the Census listed two farm workers living in his household, so he was apparently able to hire men to run his farm under his direction. 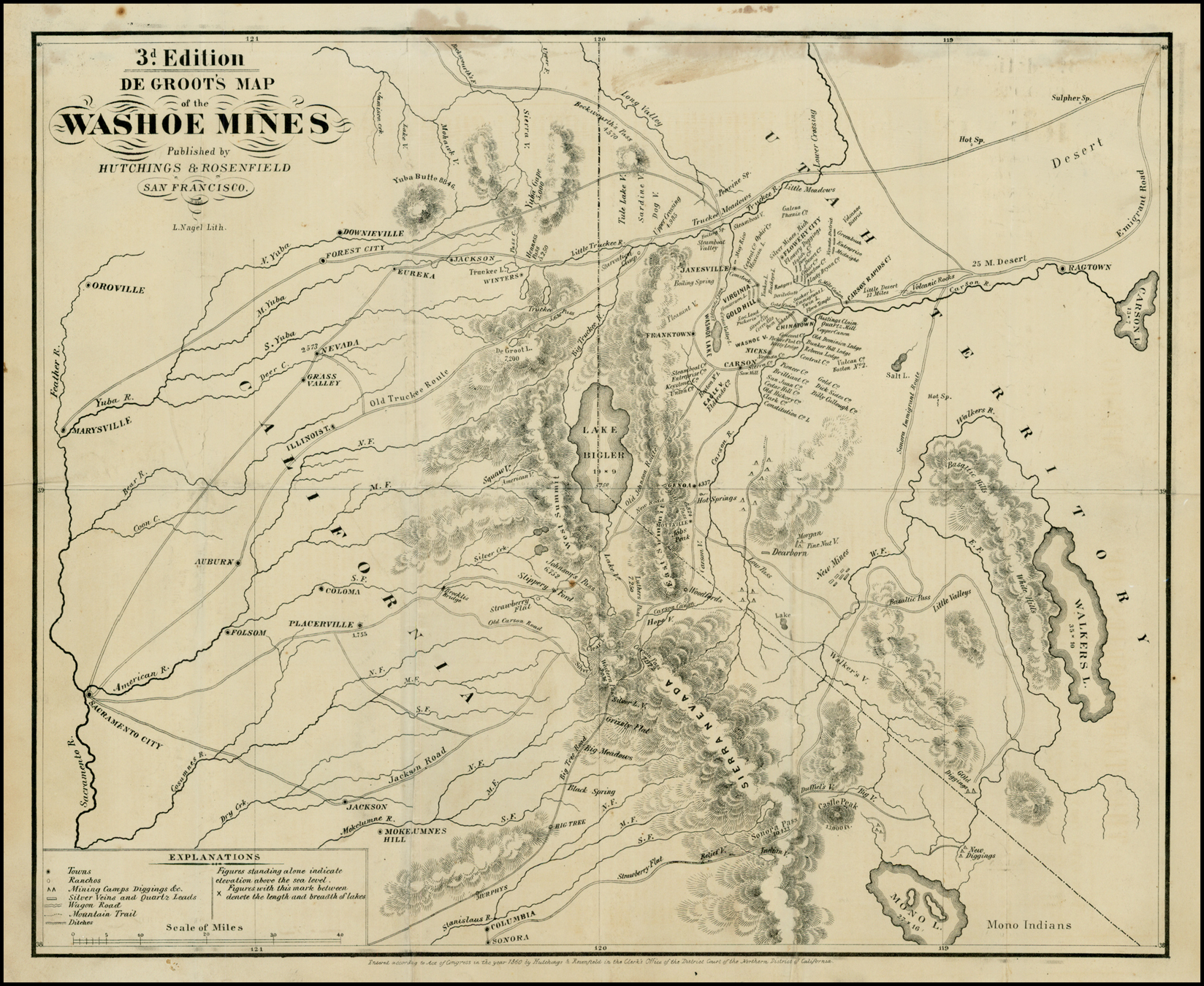 Lucius brings Henry up to date on the health and situations of their mother, sister, and brothers. Lemuel has been mining in the Utah Territory at the “Washoe mines”. Lemuel is probably working for wages in silver mines around Virginia City in what will soon become Nevada. But he seems to retain a hope of striking it rich himself, and plans to go prospecting in the Washington Territory.

My transcription follows the images:

It has been so long since I have written to you that I am at a loss to know what to write first, but my better judgment tells me that you will not be particular in regard to that if you can only hear from us. In the first place I can say that we are all enjoying our usual health, & that is to say pretty good health, and have been for the past summer, if my memory serves me & I guess it does. It has been some over two years since I have written to you, & on the other hand you cannot boast much of writing to me in that time and for my part I feel ashamed that such a state of things should have occurred. (but so it is)

Two years ago the past summer in consequence of over working or from some other cause not known to me, my health became very precarious or in other words very poor. So much so that I was obliged to stop work entirely. And of course I had to commence Doctoring & the more I Doctored the worse I grew, & I tried a 2nd Doct & then a 3rd and so on until I got so debilitated from the top of my head to the sole of my feet that I could not eat sleep nor rest in no shape. I did not want to see any one, neither did I want any one to see me and the candle of life was fast a going out, so much so that I could not hardly walk to the barn & back.

But lo & behold as the good Providence would have it, some of my good friends prevailed on me to go to Hillsdale with them, & try one Doct more, & so I mustered all the strength and energy that I had & rode down with them. The Doct told me that he could help me, if I would strictly follow his directions (I after wards heard that he told others that my case was a very doubtful one). But it would take a long time to do it.

I was not able to ride home that day & he did not want that I should go home for a week but sent for Harrison to come down the next day with a Buggy so that I could ride out a mile or two & in the course of three or four days after pursuing that course & the medicine that he gave me I went home with Harrison & could stand it to ride from Harrison’s to the Village & back about every day & in the course of a week or two I got so that I could ride home one day & back the next. Then I hired a top Buggy & rode what I was able to for a few weeks. & then I bot [bought] one a Buggy & still kept riding what I was able to.

It was good, almost, wheeling all winter. We only had about two weeks of sleighing that winter & by spring I had improved considerable, & in fact to get at the point & cut a long story short there was not a day for over one year but what I took more or less medicine & I think still that it was necessary that I should. It may appear singular but nevertheless it is true that there was over three months of the time of my illness that I was not able to harness a horse onto the buggy and yet I rode hundreds of miles on no earthly business only to improve my health & it did improve it. & for over a year I did not do one hour’s work. But for the past six or eight months I have been able to do a good deal of work & my health is pretty good & still improving.

There was several months of my illness that my stomach was so weak that I did not eat a meal of victuals but distressed me more or less & sometimes very much. I did not eat one lb of Pork for over one year. There was several months that I lived mostly on graham bread & butter. Doct Parsons the Hillsdale Doct told me that my only alternative was to let my business or farmtake care of itself, ride what I could, visit what I could & take all the comfort that I could. I spent a great deal of time at Lewis’s & at Harrison’s. Some two months off and on at Anson’s. I hope that you won’t get as tired of reading this as I am of writing it.

Lewis & his wife are well & get along very well. Lewis bot 10 acres of Harper. Gets the house. He has moved it, fixed it up & it is quite good. He raises 100 bushels wheat this year & a good crop of corn &c [etc.]. Harrison folks are well. They have two boys and one girl about 8 months old. Their oldest boy Frank Herbert has been here with us ever since last May. Harrison has been clerking for Docts French and Parsons in the Drug Store at Hillsdale for the past year. He intends to stay there for another year. He rents out his & Lem’s farm.

We have not heard from Lem for the past four or five months. Utaw Territory at the Washoe mines where Anson left him then. But was about to start for Washington Territory a prospecting there. Don’t know how he was a doing. Densmore has moved from Black River to the mouth of the Kalamazoo River. He is a running a mill there. Priscilla’s health I guess is pretty good. Anson is a farming away as well as he can.

I have just finished husking and digging potatoes. I had about 150 bushels of potatoes & about one thousand bushels ears corn. I had about two hundred bushels wheat. My stock consists of 3 horses, 3 cows, 3 yoke 2 year old steers, 9 fatting hogs &c. I have had a boy a living here this summer. Pay him 7 dollars per month. I have hired by the day some. Mother’s health is pretty good. We have had a warm fall but rather wet. The first frost we had was the 20th of Oct. We have not but a few apples this year. We had about 30 bushels of peaches. Last year we had none. Two years ago we had about 100 bushels. Mother & Clarissa dried about 50 bush.

I must close. Write soon & I will try & answer. Mother & Clarissa send their love to you all. This from your brother Lucius Ranney.