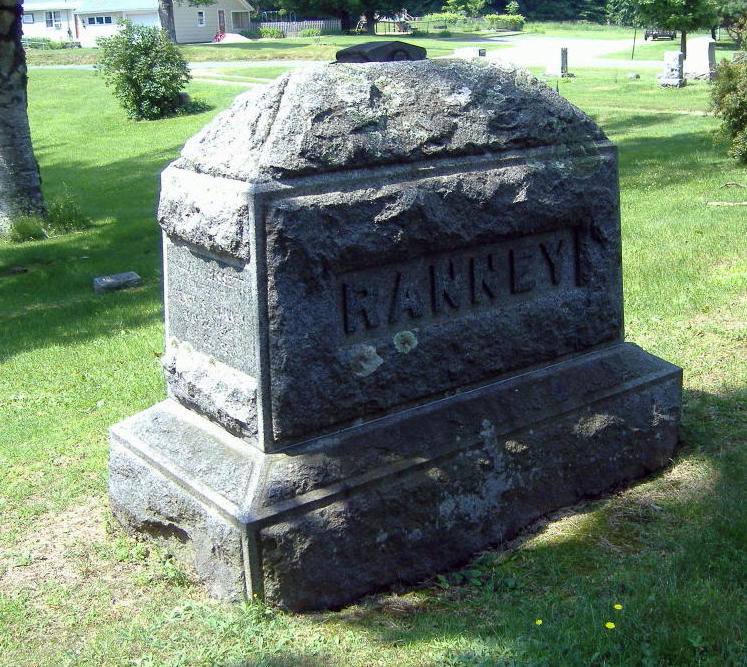 Henry Sears Ranney died on January 23, 1899 at the age of 81. His obituary (probably from the Greenfield Republican) described him as “one of Ashfield’s most respected citizens and one who for 60 years had had an important part in the conduct of the town affairs and been identified with its best institutions.” Henry was described as a “village oracle” and a “country squire”, and his half-century of service as Ashfield’s Town Clerk was noted, as was Henry’s political orientation. “In politics Squire Ranney stood on the high moral plain which his conscience dictated and with the courage of his convictions he espoused the cause of the great reforms which were inaugurated during his lifetime. His earnest advocacy of antislavery doctrines and his membership in the Free-soil party was followed by an independent position in the republican party.”

The article also mentions that both Henry’s wives and his five children all died before him, but that he left behind four grandchildren. 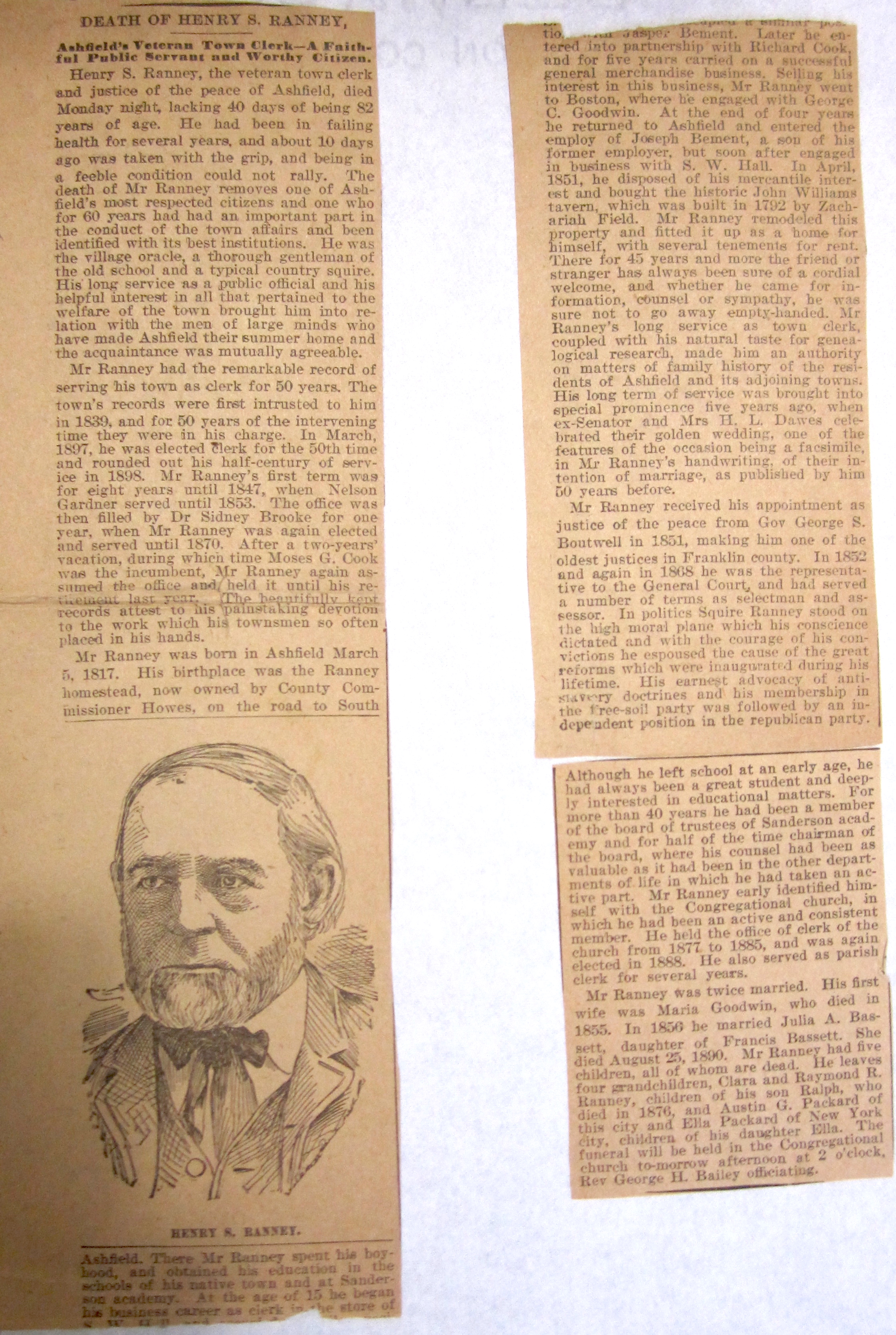