A page from the United States census-taker’s notes for Allen, Michigan. 41-year old Lucius is listed, along with his 29-year old wife Clarissa, his 71-year old mother Achsah, and two farm workers. The first is a 32-year old named Austin Cross and the second an 18-year old apprentice named Burton Brown. Lucius’s real estate is valued at $4,500, and his “personal estate” at $700.

Sources like these census forms, which are now available online, are a good way to keep track of people like the Ranneys as they move across the nation. Census forms include valuable details such as occupations, assets, place of birth, and household members that can add to out knowledge of the people we study. And they can be compared, decade to decade, to keep track of people. 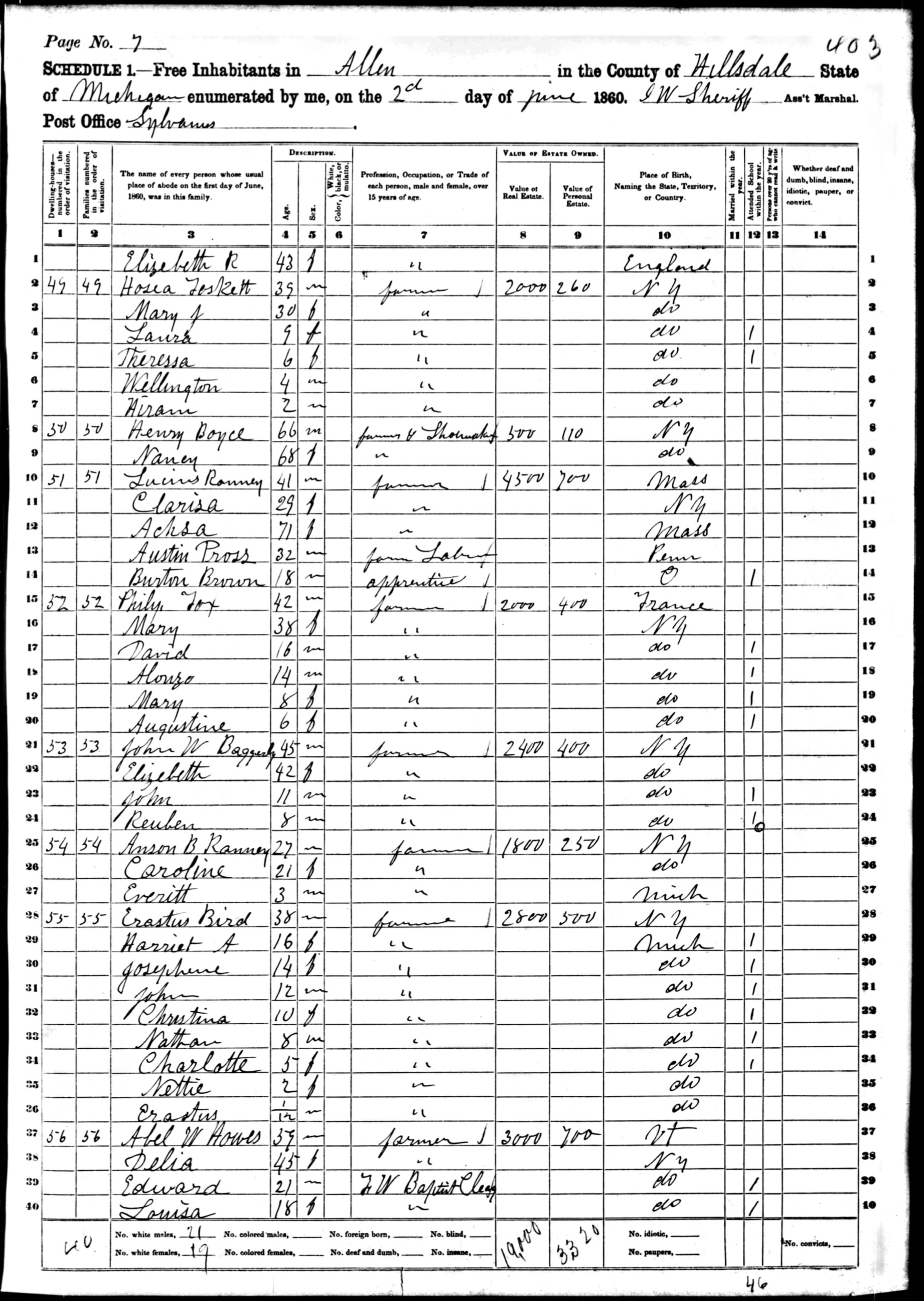