In 1903, another regional history was published in Chicago to appeal to the children of the Yankee settlers of Michigan. Elon G. Reynolds’ Compendium of history and biography of Hillsdale County, Michigan begins with 81 pages of general history of the region and continues with over 450 pages of sketches of the people (actually, men) and institutions (banks, churches) prominent in the county over the years. One of these men was Lemuel S. Ranney (1831-1909), who after his footloose years trying to make his fortune in western goldfields, settled down and became a solid citizen of the county.

The sketch fills in some interesting details of Lemuel’s life. For example, I was not aware Lemuel had been apprenticed to a shoemaker as a boy or that he had moved to Illinois and Wisconsin at nineteen to follow that trade. The sketch mentions that Lemuel went to California in 1852 at age 21, where he stayed three years “mining with success”. Lemuel returned to the west in 1859 to visit Virginia City, Nevada. He mined until 1866, and then “returned to Michigan, making the trip by water” (before the transcontinental railroad, traveling to and from the west involved either a long overland journey or sailing around South America through the Straits of Magellan).

On his return to Michigan, Lemuel became involved in politics first as an alderman and county supervisor, then as a state representative. Lemuel married Margaret Gilmore in 1882, when he was 51 (she was 39), and they had a son named Samuel Owen Ranney (1883-1855). Lemuel is remembered as a lifelong Republican, “always zealous and helpful in the service of the party.” It’s interesting comparing the information the editors of historical compendia considered significant with the stories and observations that fascinate us today. 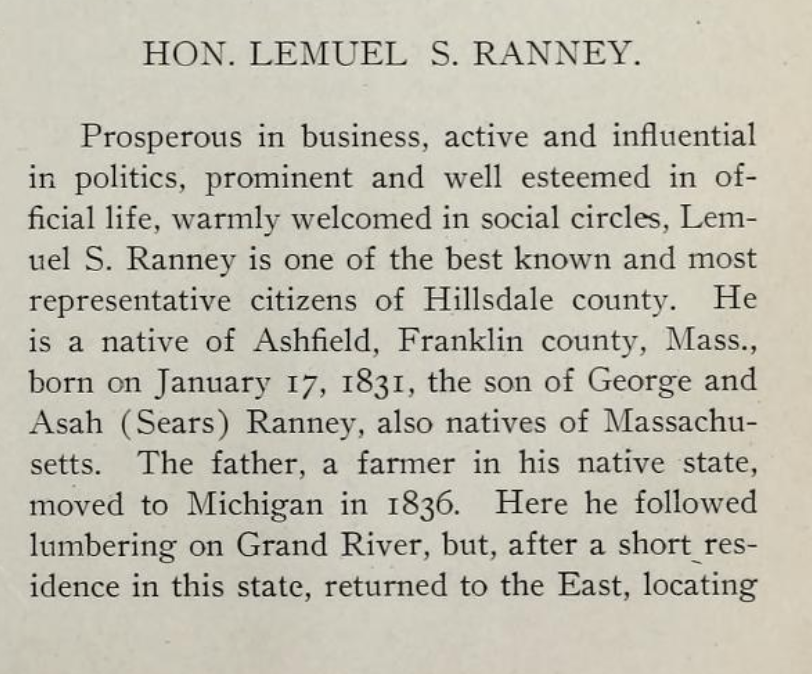 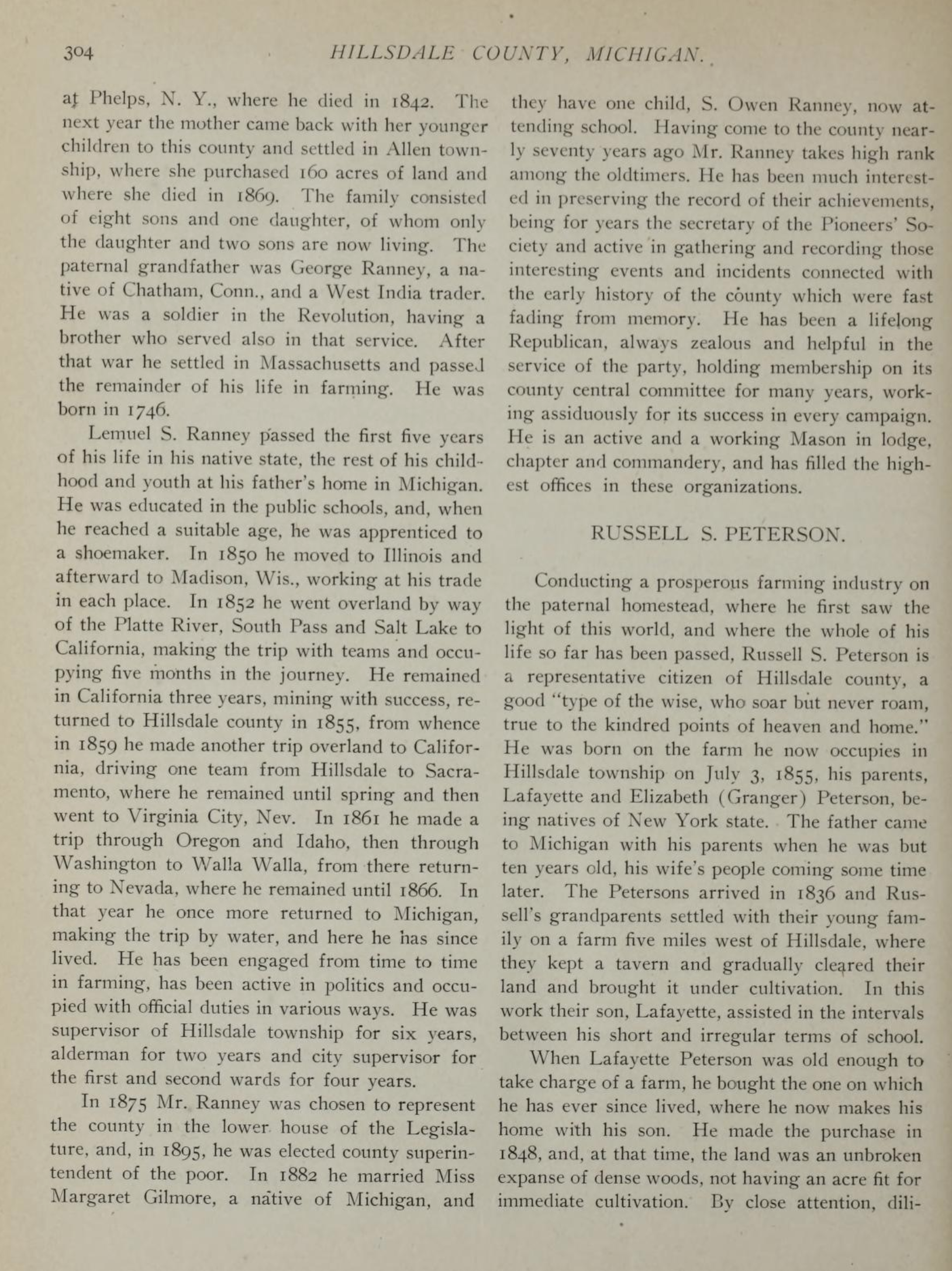