Around the end of the nineteenth century, a wave of nostalgia seems to have broken over American culture. People became even more interested in stories of the settlers of their regions, and “biographical albums” were published for many communities, counties, and states. One of the main publishers was Chapman Brothers of Chicago. Relatives of John Chapman (Johnny Appleseed), Frank M. and Charles O Chapman published a Portrait and Biographical Album for at least fifty-three counties in the Midwest, including nineteen for Illinois and seventeen for Michigan. Other publishers such as Louis H. Everts published historical compendia for other regions, featuring similar sketches of notable residents and often engraved illustrations of their homes or farms. See, for example, Everts’ History of the Connecticut River Valley in Massachusetts, which contains a detailed account of Ashfield.

The Portrait and Biographical Album of Hillsdale County, Mich. describes Lucius Ranney as “a leading farmer of Allen Township” and tells the story of his arrival in the region and activities there. The details of Lucius’ ancestry are accurate, and the entry provides valuable details on the family of Lucius’s wife, Clarissa. The biography describes Lucius as a lifelong Republican and a prominent member of the Allen Grange. The National Grange of the Order of the Patrons of Husbandry was a fraternal organization founded in 1867 to advocate for the interests of farmers. Lucius and Clarissa were both members, and Lucius is also reported to have been the organization’s overseer and chaplain. The Ranneys were also described as “zealous” members of the Methodist Episcopal church, which is interesting if true. Churches were important social institutions It is not unusual that Lucius may have been a member while at the same time not being much of a believer (based on his letters to Henry). It is also possible that the writer of the biographical sketch may have had a greater interest in portraying Lucius as a faithful church-goer than did Lucius himself. 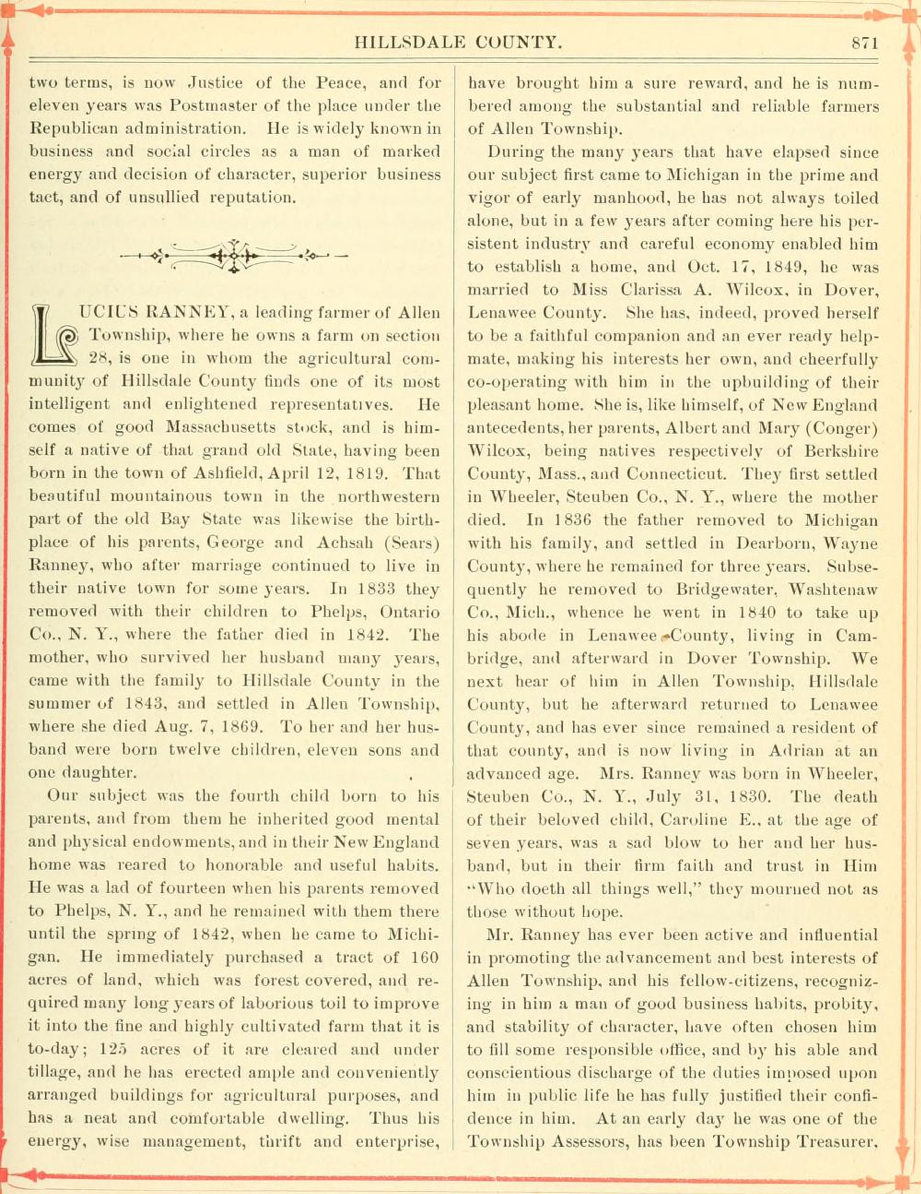 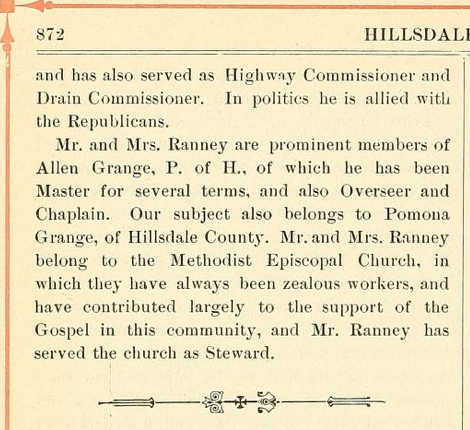