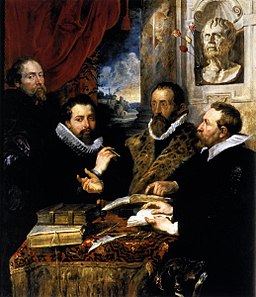 The modern era in philosophy really starts a little later than 1500 CE, but for the purpose of this collection, this is where we will begin. The group of scholars in this section of the book includes four of the key European philosophers who had enormous impact on the direction of philosophy and life for both sacred and secular Europe.  Rene Descartes of France, David Hume of Scotland, Blaise Pascal of France and Thomas Hobbes of England are featured here for their important contributions that lead, in many ways, to the work of other philosophers and their work.

Rene Descartes is most well known for his pithy comment, “I think, therefore I am”.  The idea of mind/body dualism comes directly from his work.

David Hume is one of the British Empiricists, and talked about knowledge coming primarily from sensory experience.  He advocated for subjectivism as the primary focus of ethics in his work, as well.

Blaise Pascal, although known more for being a mathematician than a philosopher,  is most well known to the general public for his concept found in Pascal’s Wager.  This discussion indicates that we bet with our lives on whether God exists or not.

Thomas Hobbes talks about the state of nature as being, “Solitary, poor, nasty, brutish, and short, ” and is considered the father of political philosophy. He established the Social Contract theory, which says that people give up some of their  freedom, which would normally be complete,  in order to work together for safety.

We need to see how the work of these more secular philosophers lead to a new golden age of philosophy in the 18th and 19th centuries.