Five Ways to Prove the Existence of God 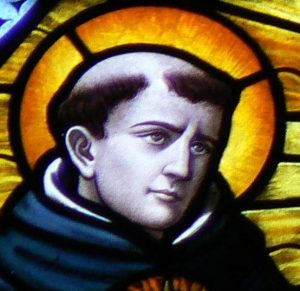 Arguing over the existence of God is something often done in college!  Perhaps referring to a little science before we get to theology or philosophy would be a good way to start.

Can Science Prove the Existence of God?

What do you think? Does this prove anything for or against the existence of God?

Thomas Aquinas had five different ways that he attempted to prove the existence of God.  You can read them starting below.

Objection 1: It seems that God does not exist; because if one of two contraries be infinite, the other would be altogether destroyed. But the word “God” means that He is infinite goodness. If, therefore, God existed, there would be no evil discoverable; but there is evil in the world. Therefore God does not exist.

I answer that, The existence of God can be proved in five ways.

The first and more manifest way is the argument from motion.

The second way is from the nature of the efficient cause. 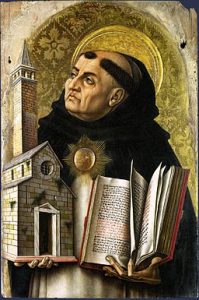 The third way is taken from possibility and necessity, and runs thus.

We find in nature things that are possible to be and not to be, since they are found to be generated, and to corrupt, and consequently, they are possible to be and not to be. But it is impossible for these always to exist, for that which is possible not to be at some time is not. Therefore, if everything is possible not to be, then at one time there could have been nothing in existence. Now if this were true, even now there would be nothing in existence, because that which does not exist only begins to exist by something already existing. Therefore, if at one time nothing was in existence, it would have been impossible for anything to have begun to exist; and thus even now nothing would be in existence—which is absurd. Therefore, not all beings are merely possible, but there must exist something the existence of which is necessary. But every necessary thing either has its necessity caused by another, or not. Now it is impossible to go on to infinity in necessary things which have their necessity caused by another, as has been already proved in regard to efficient causes. Therefore we cannot but postulate the existence of some being having of itself its own necessity, and not receiving it from another, but rather causing in others their necessity. This all men speak of as God.

The fourth way is taken from the gradation to be found in things.

The fifth way is taken from the governance of the world.

We see that things which lack intelligence, such as natural bodies, act for an end, and this is evident from their acting always, or nearly always, in the same way, so as to obtain the best result. Hence it is plain that not fortuitously, but designedly, do they achieve their end. Now whatever lacks intelligence cannot move towards an end, unless it be directed by some being endowed with knowledge and intelligence; as the arrow is shot to its mark by the archer. Therefore some intelligent being exists by whom all natural things are directed to their end; and this being we call God.