An Introduction to the Principles of Morals and Legislation 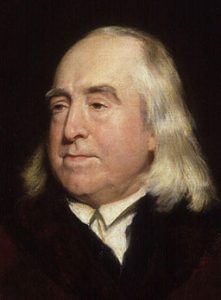 Jeremy Bentham, 1748 -1832 CE,  was an English philosopher, jurist, and social reformer regarded as the founder of  modern  utilitarianism.  Bentham defined as the foundation of his philosophy the principle that “it is the greatest happiness of the greatest number that is the measure of right and wrong”. He advocated, long before it was common, for  individual and economic freedoms, equal rights for women in property, voting and divorce, and the decriminalizing of homosexual acts.  He also called for the abolition of slavery, of the death penalty, and of physical punishment, including that of children. He has also become known as an early advocate of animal rights.

Some good basic information about Bentham’s ideas in the development of Utilitarianism is found here in:

Nature has placed mankind under the governance of two sovereign masters, pain and pleasure. It is for them alone to point out what we ought to do, as well as to determine what we shall do. On the one hand the standard of right and wrong, on the other the chain of causes and effects, are fastened to their throne. They govern us in all we do, in all we say, in all we think: every effort we can make to throw off our subjection, will serve but to demonstrate and confirm it. In words a man may pretend to abjure their empire: but in reality he will remain subject to it all the while. The principle of utility[1] recognizes this subjection, and assumes it for the foundation of that system, the object of which is to rear the fabric of felicity by the hands of reason and of law. Systems which attempt to question it, deal in sounds instead of sense, in caprice instead of reason, in darkness instead of light. But enough of metaphor and declamation: it is not by such means that moral science is to be improved. 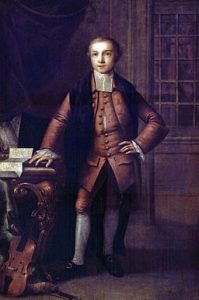 The principle of utility is the foundation of the present work: it will be proper therefore at the outset to give an explicit and determinate account of what is meant by it. By the principle of utility is meant that principle which approves or disapproves of every action whatsoever, according to the tendency which it appears to have to augment or diminish the happiness of the party whose interest is in question: or, what is the same thing in other words, to promote or to oppose that happiness. I say of every action whatsoever; and therefore not only of every action of a private individual, but of every measure of government. The principle here in question may be taken for an act of the mind; a sentiment; a sentiment of approbation; a sentiment which, when applied to an action, approves of its utility, as that quality of it by which the measure of approbation or disapprobation bestowed upon it ought to be governed.

A measure of government (which is but a particular kind of action, performed by a particular person or persons) may be said to be conformable to or dictated by the principle of utility, when in like manner the tendency which it has to augment the happiness of the community is greater than any which it has to diminish it.

The Hedonic Calculus: How to determine what to do in any situation

The Hedonic Calculus weighs up the pain and pleasure created by the available moral actions to find the best moral and ethical decision. It considers the following seven factors:

The first edition of this work was printed in the year 1780.

The work was first published in 1789.

This web edition published by eBooks@Adelaide.

To the best of our knowledge, the text of this work is in the “Public Domain” in Australia. HOWEVER, copyright law varies in other countries, and the work may still be under copyright in the country from which you are accessing this website. It is your responsibility to check the applicable copyright laws in your country before downloading this work.