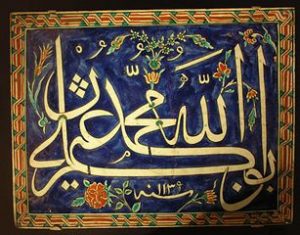 Islam came into being about six centuries after Christianity, and clearly falls into the tradition of both Judaism and Christianity.  The three are called the Abrahamic traditions, referring to the story of Abraham, the earliest person considered to be called by Yahweh into a relationship with this one, singular deity.  Like both Judaism and Christianity, there are layers of history, geography and belief in Islam, but in the West, there has been a struggle to understand its basic meaning.

A little time listening to this interview might be useful: The Spirit of Islam.  Omid Safi[1]  and Seemi Bushra Ghazi[2] are North American Muslims who discuss what the meaning and intent and living of Islam is meant to be.

The Ayah al-Kursi is considered a central passage from the Qu-ran about Allah.  Allah is the Arabic word for God.  The 5 Pillars of Islam are the central tenants for how Muslims are to live, no matter where in the world they are to be found.  These five activities define how one is to be a Muslim. 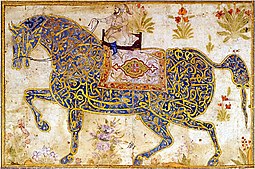 “Allah: there is no true God but Him.  The Ever-Living, the Eternal Master of all.  Neither drowsiness nor sleep overtakes Him.  His is all that is in the heavens and all that is on earth.   Who is there that can intercede with Him, except by His permission?  He knows all that lies open before them and all that lies hidden from them; whereas they cannot attain to anything of His knowledge save as He wills.  His Kursi extends over the heavens and the earth, and the preservation of both does not tire Him.  He is the Most High, the Most Great.” (Quran 2:255)

The Five Pillars consist of: