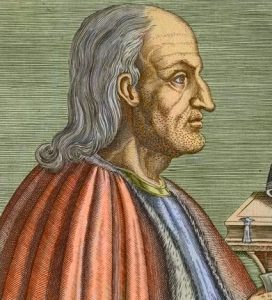 Anselm spent much time in his writings attempting to prove the existence of God through logical, rational thought. Below are writings that indicate, again, that concept of God being that “which we cannot conceive anything greater”.  It might be interesting to compare these thoughts, found below, with modern thoughts about the universe and the divine.

On the occasion of Stephen Hawking’s death many news media issued comments about Hawking’s ideas concerning heaven and the concept of God. 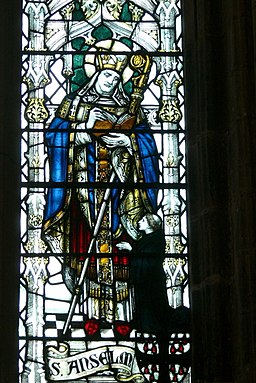 Therefore, O Lord, who grantest to faith understanding, grant unto me that, so far as Thou knowest it to be expedient for me, I may understand that Thou art, as we believe; and also that Thou art what we believe Thee to be. And of a truth we believe that Thou art somewhat than which no greater can be conceived. Is there then nothing real that can be thus described? for the fool hath said in his heart, There is no God.

Not only does this something than which no greater can be conceived exist, but it exists in so true a sense

translated by Clement Webb, British academic; Oriel Professor of the Philosophy of the Christian Religion