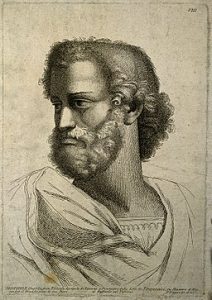 Aristotle, 384 – 322 BCE, was a student of Plato and teacher of Alexander the Great. He wrote on physics, poetry, theater, music, logic, rhetoric, politics, government, ethics, biology and zoology. Together with Plato and Socrates, Aristotle is one of the most important writers and people to be found in Western philosophy.  Aristotle himself described his subject matter in this collection of his work in a variety of ways: as beginning philosophy, or the study of being, or sometimes simply as wisdom.  Metaphysics is a title that was attached to this work long after the time of Aristotle, and it simply refers to a collection of work intended for use in the study of philosophy.

Robert Waldinger is the Director of the Harvard Study of Adult Development, one of the most comprehensive longitudinal studies in history.  Hear his ideas in this Ted Talk on:

What is a Good Life? A study…

“ALL men by nature desire to know.

An indication of this is the delight we take in our senses; for even apart from their usefulness they are loved for themselves; and above all others the sense of sight. For not only with a view to action, but even when we are not going to do anything, we prefer seeing (one might say) to everything else. The reason is that this, most of all the senses, makes us know and brings to light many differences between things.   “By nature animals are born with the faculty of sensation, and from sensation memory is produced in some of them, though not in others. And therefore the former are more intelligent and apt at learning than those which cannot remember; those which are incapable of hearing sounds are intelligent though they cannot be taught, e.g. the bee, and any other race of animals that may be like it; and those which besides memory have this sense of hearing can be taught.   “The animals other than man live by appearances and memories, and have but little of connected experience; but the human race lives also by art and reasonings.

1   a : ability to discern inner qualities and relationships : insight
b : good sense : judgment

2:   a wise attitude, belief, or course of action
3:   the teachings of the ancient wise men

Now from memory experience is produced in men; for the several memories of the same thing produce finally the capacity for a single experience. And experience seems pretty much like science and art, but really science and art come to men through experience; for ‘experience made art’, as Polus says, ‘but inexperience luck.’ Now art arises when from many notions gained by experience one universal judgement about a class of objects is produced…

With a view to action experience seems in no respect inferior to art, and men of experience succeed even better than those 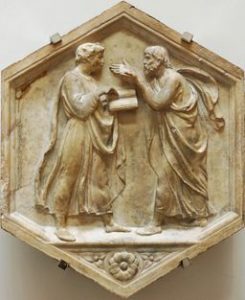 who have theory without experience.

But yet we think that knowledge and understanding belong to art rather than to experience, and we suppose artists to be wiser than men of experience (which implies that Wisdom depends in all cases rather on knowledge); and this because the former know the cause, but the latter do not.

For men of experience know that the thing is so, but do not know why, while the others know the ‘why’ and the cause. Hence we think also that the masterworkers in each craft are more honourable and know in a truer sense and are wiser than the manual workers, because they know the causes of the things that are done (we think the manual workers are like certain lifeless things which act indeed, but act without knowing what they do, as fire burns,-but while the lifeless things perform each of their functions by a natural tendency, the labourers perform them through habit); thus we view them as being wiser not in virtue of being able to act, but of having the theory for themselves and knowing the causes.

“Again, we do not regard any of the senses as Wisdom; yet surely these give the most authoritative knowledge of particulars. But they do not tell us the ‘why’ of anything-e.g. why fire is hot; they only say that it is hot.

“At first he who invented any art whatever that went beyond the common perceptions of man was naturally admired by men, not only because there was something useful in the inventions, but because he was thought wise and superior to the rest…

“We have said in the Ethics what the difference is between art and science and the other kindred faculties; but the point of our present discussion is this, that all men suppose what is called Wisdom to deal with the first causes and the principles of things; so that, as has been said before–

Clearly then Wisdom is knowledge about certain principles and causes.”